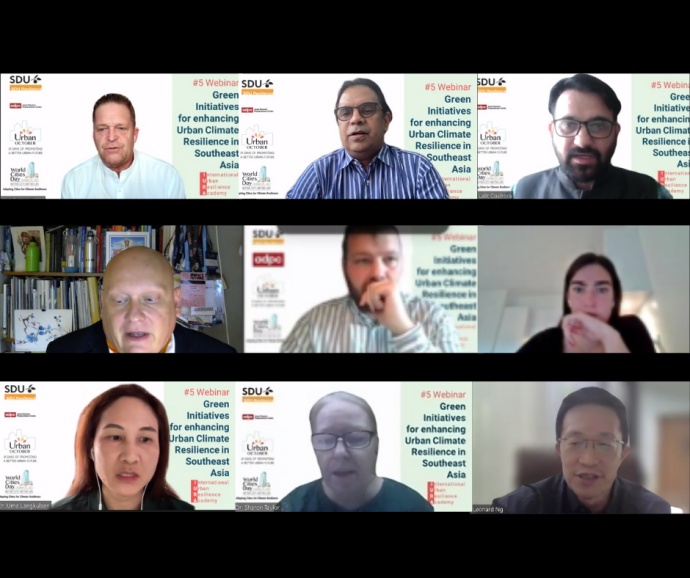 Panelists discussing urban resilience and green initiatives during the webinar.

Further studies are being done to explore the benefits of green initiatives during the pandemics. Recent studies in Europe have shown that green spaces are a refuge for urban residents during periods with high levels of stress, thus contributing to urban dwellers’ physical and mental health and the social resilience of cities.

Asian Disaster Preparedness Center (ADPC), in partnership with the University of Southern Denmark (SDU), co-organized the webinar on “Green Initiatives for enhancing Urban Climate Resilience in Southeast Asia” to showcase success stories from the Southeast Asian region where green initiatives have been adopted to build urban resilience to climate extremes.

Mr. Guttman mentioned that the webinar is in line with World Cities Day 2021, which falls on 31 October, whose theme for this year is “Adapting Cities for Climate Resilience”. He also provided an overview of ADPC’s engagement in promoting urban resilience across Asia and the Pacific region. 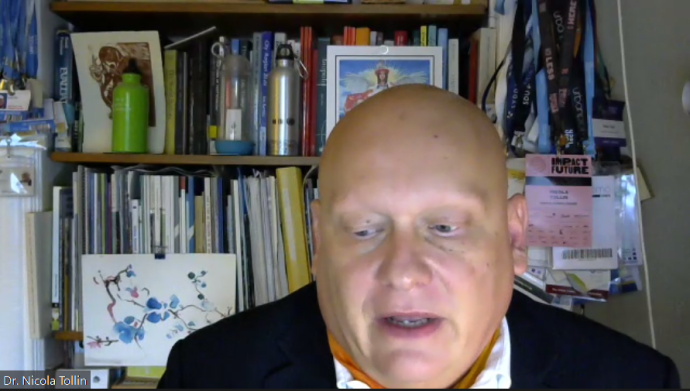 Professor Nicola Tolin, Professor MSO in Urban Resilience at SDU, mentioned that this important webinar is a result of joint collaboration between ADPC and SDU. The Urban Resilience research group at SDU investigates urban resilient transition, addressing systemically the causes and effects of climate change in cities, including climate change adaptation and mitigation, and other related major urban challenges.

Their main aim is to inform policy making at the international and national levels and support science-based urban planning and design for local action, he added.

Mr. Aslam Perwaiz, Deputy Executive Director at ADPC highlighted the urbanization context and the challenges experienced by Southeast Asia’s urban communities and systems due to its exposure to climate-induced disaster risks.

As around half of ASEAN’s people already live in urban areas, he added that by 2025, a further 70 million people in this region would be city dwellers. This will cause rapid urbanization, increasing pressure on most of these cities that may not be adequately equipped to deal with a growing range of potential threats.

However, he added that strengthening policies, multi-level governance frameworks, and partnerships with relevant national and local agencies and stakeholders help deliver results.

This event was one of the knowledge dissemination initiatives targeting urban resilience under the “Urban Resilience to Climate Extremes (URCE) in Southeast Asia” program implemented by ADPC under the aegis of the Norwegian Agency of Development Cooperation (Norad).