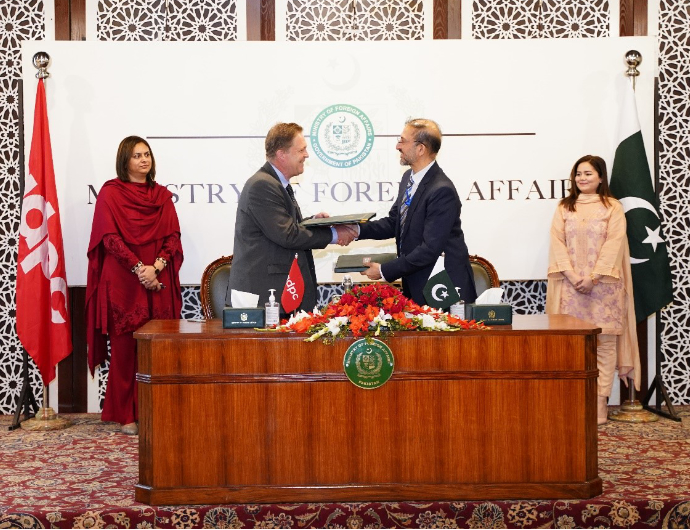 Asian Disaster Preparedness Center (ADPC) and Pakistan’s Ministry of Foreign Affairs (MoFA) signed a Host Country Agreement (HCA) at a ceremony held on 12 January 2023 in Islamabad, which recognizes ADPC as an international organization in Pakistan in accordance with the article 4.1 of ADPC Charter.

The Federal Cabinet of Pakistan approved the Host Country Agreement (HCA) between Pakistan and ADPC based on the ratification of ADPC Charter by the President of the Islamic Republic of Pakistan on 27 February 2007. The Chairman of the National Disaster Management Authority (NDMA) represents Pakistan as the member to the ADPC Board of Trustee (BoT) and the Regional Consultative Committee (RCC)

Mr. Syrus Sajjad Qazi, Acting Foreign Secretary, MoFA, Pakistan, welcomed the signing of the agreement in his remarks and underscored the role that ADPC can play in supporting Pakistan’s national efforts to strengthen resilience and mitigate disaster and climate change impacts. and the Regional Consultative Committee (RCC)

‘Pakistan is on the frontline of adverse impacts of climatic change; it is among the top ten countries most impacted by this phenomenon,’ he explained.

Mr. Hans Guttman, Executive Director of ADPC, said that he was honored to be in Islamabad, Pakistan to sign the agreement and explained how ADPC has evolved in the last 37 years from a regional training center since 1986 to an autonomous international organization in cooperation and implementation of disaster risk reduction and building climate resilience in Asia and the Pacific

‘Headquartered in Bangkok, we are now formally establishing our presence in Pakistan as an international partner,’ he said.

Lieutenant General Inam Haider Malik, Chairman of Pakistan’s National Disaster Management Authority (NDMA), said he is looking forward to working together with ADPC and its partners to find solutions to the global problems of disaster and climate risks.

‘We are very grateful for the extended support for Pakistan’s disaster management efforts and we are looking forward to remodeling preparedness and response,’ he added. 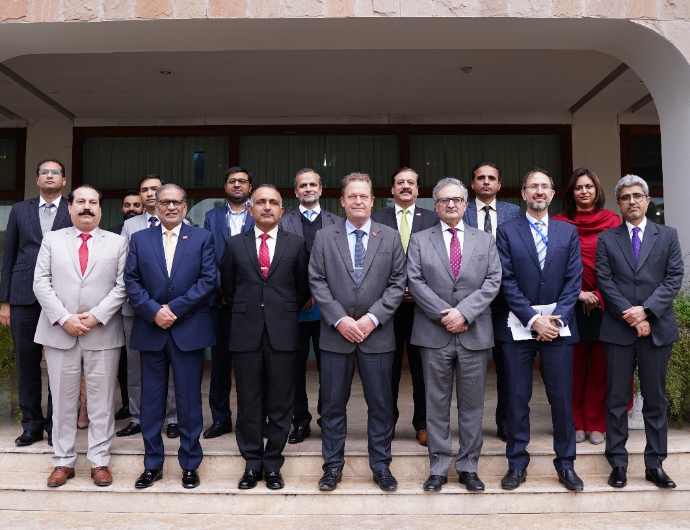 ADPC, MoFA and NDMA officials and staff posing for a group photo at Pakistan’s Foreign Office after the signing of the Host Country Agreement.