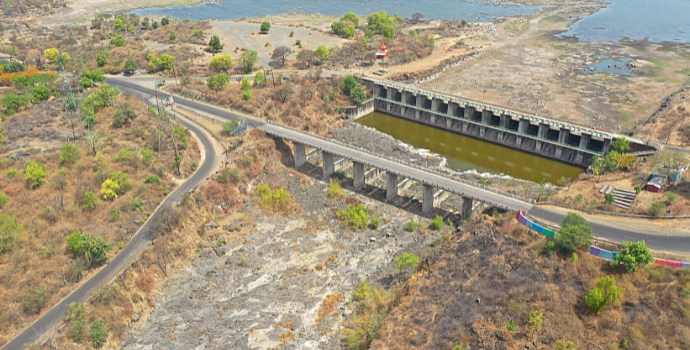 Drought and desertification have been recognized as global issues through the United Nations Sustainable Development Goal 15 – Life on Land. The goal aims to “Protect, restore and promote sustainable use of terrestrial ecosystems, sustainably manage forests, combat desertification, and halt and reverse land degradation and halt biodiversity loss.”

As per WMO, the greatest threat today to sustainable development are droughts and studies show that the number and duration of droughts have increased by 29% since 2020 compared to two previous decades. Over the past century, the highest total number of humans affected by drought was in Asia.

As we know that droughts vary in length, persisting from a few weeks to years, and may take weeks or months to emerge as a problem. The severity depends on the duration, location, extent of the affected area, level of water deficiency, and social factors including existing inequalities and vulnerabilities.

Desertification on the other hand is a secondary hazard due to drought leading to the degradation of land as a result of natural processes, and human or animal activities in arid, semi-arid, and sub-humid dry-land regions.

It includes a decline in soil structure, loss of topsoil through erosion, salinization, acidification, and biological losses. Drought risk is also increased when there is less vegetation cover and existing soil erosion in the landscape. Both drought and desertification are considered to be slow-onset hazards that happen over a long period of time, making it difficult to know how to determine when they have begun, and difficult to manage.

Climate change is expected to make droughts more common and occur for longer periods due to a decrease in rainfall and higher temperatures, while anthropogenic effects are likely to exacerbate drought impacts and desertification processes due to poor land and soil management, and increasing population and livestock pressures.

Asia, being one of the most vulnerable regions to drought, can be mainly attributed to human-induced land degradation arising from rapid population growth, economic growth, changing migration patterns, overgrazing, unsustainable agricultural management practices and deforestation.

While drought can have a devastating impact on communities, well-managed land, water conservation practices and restoration of natural ecosystems can help communities to recover more rapidly from the effects once rains return. Efforts directed at disaster preparedness and drought management can also reduce the social and economic impacts of drought and desertification on communities.

Asian Disaster Preparedness Center (ADPC) has been working with regional partners and supporting national governments to manage droughts and help the communities build back better.

Most of the interventions that ADPC is implementing in Asia are closely aligned to this year’s theme of the World Day to Combat Desertification and Drought “Rising Up from Drought Together”. ADPC is supporting the 3 pillars of integrated drought management which form the building blocks for setting up a successful drought policy landscape. The success of “rising up from drought together” banks on an effective drought early warning system, risk, and vulnerability assessment of drought followed by mitigation, preparedness, and response. 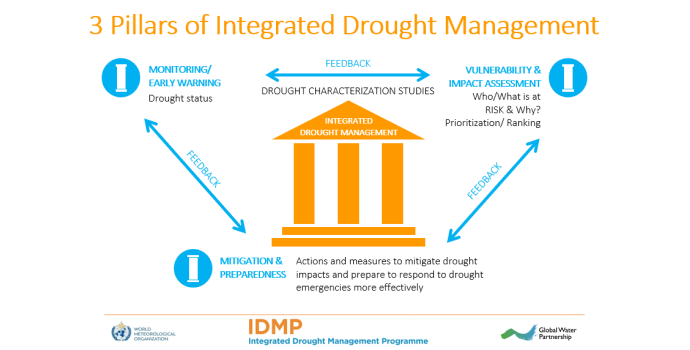 Mekong Drought and Crop Watch is one such intervention developed under SERVIR-Mekong Program which is an integrated web-based information system to (1) improve the operational, technological, and institutional capabilities to prepare for and respond to droughts in the Lower Mekong region (Pillar 3); (2) support local decision-makers in drought monitoring, analysis, and forecasting (Pillar 1 and 3).

ADPC is currently planning to scale it out in other countries of South Asia to support governments to be more drought resilient. Similarly, drought is one of the major issues in Pakistan, ADPC in supporting the provincial governments of Sindh and Balochistan to manage surface and groundwater resources for mitigation and response to drought as part of the CARE for South Asia Project.

ADPC’s ultimate goal is to demonstrate these tools and measures to help guide policies in the drought-affected countries to build back better and manage the resources more effectively to ensure water security and food security.